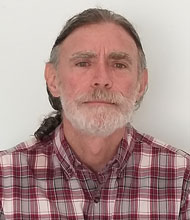 Jeffrey Kaplan received his Ph.D. in the History of Culture from the University of Chicago in 1993. This was the beginning of a second career as for the previous two decades he had lived and taught English as a Second language in a number of countries throughout the world. Beginning in Prague, Czechoslovakia, where he saw the democratization effort Karta 77 to Sofia, Bulgaria, in Eastern Europe. He then spent the next decade in the Middle East, South Asia and East Africa. He taught or lived for prolonged periods in the Sudan, Saudi Arabia, Palestine, Indonesia and India to name a few. In that time he saw the early stages of the Iranian Revolution, the first Palestinian Intifada and the Anya Naya conflict in the Sudan. Following the Intifada however, he decided to return to the United States to get his Ph. D. and to study on a deeper level the issues of religion, violence and revolution.

He obtained an M.A. in International Relations with a focus on Security Studies at the Fletcher School of Law and Diplomacy in 1989. His University of Chicago Ph.D. followed in 1993. With Ph.D. in hand, he accepted a position at an Eskimo tribal college, Arctic Sivinmun Ilisagvik College (today simply Ilisagvik College) in Barrow, Alaska—the furthest northern point of human habitation in North America. While in Barrow, he was awarded two Guggenheims and a Fulbright Distinguished Chair at Helsinki University where he stayed for two years. In Helsinki he organized and chaired the first international conference on New Religious Movements held in Finland and edited an anthology stemming from the conference, Beyond The Mainstream: The Emergence Of Religious Pluralism In Finland, Estonia And Russia. Also emerging from the conference was Ustva (Mist), the first organization of young new religious movement scholars in Finland.

Returning to the United States, he taught briefly at the University of Alaska Anchorage before accepting a position at the University of Wisconsin Oshkosh, where he stayed for more than a decade before the need to travel became again irresistible. Much of 2015 and all of 2016 was spent in Changchun, China at Jilin University, which gave him the opportunity to fulfill a lifetime’s goal of ascending the 432 steps to Potala Palace in Lhasa, Tibet. The following two years were spent at the King Fahd Security College in Riyadh, Saudi Arabia.

Among his recent or most important articles are: