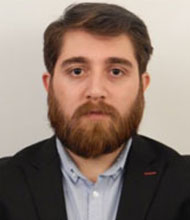 Basharat’s passion for academic endeavours primarily stems from the quest for understanding the social world in a remote and distinct locality where the aspects of marginalisation, alienation and exclusion were primary contributors to his world view.

During his postgraduate program at the Institute of Ismaili Studies London, he did an exploratory ethnographic study of an indigenous musician community in Gilgit focusing on the investigation of their history, culture and the factors which resulted in shaping the identity of this community. His findings revealed that musicians associate themselves with different families and tribes and resist the constituted identity as low-ranked people. The association of the musicians with the musical tradition is not hereditary neither they belong to any other caste, like of the Doms. The choice of the profession for most of the musicians was either for economic reasons or because of their interest. The discriminatory attitude of the wider society has compelled the musicians to give up the profession and even they don’t want their younger generations to learn the music. This indigenous musical tradition can only survive if the stigma attached to the music and the community ends. This would allow the musicians to express their identity without any fear and resistance and would feel secure and respected in the wider society.

He is motivated to continue his research to have a better understanding of marginalised communities in general and in Gilgit in particular. He is particularly interested in the anthropology and sociology of religion within such communities in addition to the changing socio-political and economic circumstances. The growing interest and influence of China in Gilgit-Baltistan and the investment made in the form of projects like the China-Pakistan Economic Corridor will significantly impact populations settled in his own region. The focus of such projects is mostly economic and due to this reason, the socio-cultural and environmental makeup of the communities in the peripheries is rapidly shifting. In such conditions, the changing social patterns and impact on local social settings which he believes requires further examination.