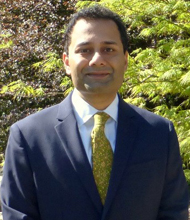 Dr. Afzal attended The Ohio State University, where he earned his bachelor’s in political science and economics with a minor in Farsi. In 2006, he completed his master’s in political science from The Ohio State University and returned to his native Pakistan. From 2006 through 2012, Dr. Afzal worked in the development sector in both Lahore and Islamabad. Additionally, he taught as an adjunct faculty member in the Economics Department at the Lahore University of Management Sciences and at the Government College University, Lahore.

In 2011, Dr. Afzal won the prestigious Fulbright Scholarship to pursue a doctorate in economics at the University of Missouri – Kansas City. In 2013, Dr. Aqdas interned at the United Nations in New York City. In 2015, he won the Association of Institutional Thought’s (AFIT) prestigious “Student Scholars Prize” in economics. In 2016, Professor Afzal was the “Three-Minute Thesis” champion at his university. In the same year, he won the Journal of Interdisciplinary Research’s (JIDR) best paper prize, while also bagging the “Graduate Studies Dissertation Research Award.”