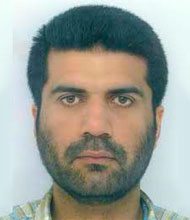 Ancient Greeks used the word techne, the root for technology, to describe an activity that is concrete, practical and applied as opposed to arts which are purer and generally considered more suited to the upper class. Dr. Taj, however, believes they are complementary when forming a well-rounded human being. Pakistani education is mostly mono-faceted. Technical degrees have a couple of courses in humanities – those too are mostly for improving the English skills of the students – but for the most part, it is a very narrow straitjacket made up of technical courses. While this process produces good engineers and scientists, they are more suitable for employees rather than leaders. Finer skills like creativity, skepticism, open mindedness and being cultured which are desirable for being a wholesome part of the society are severely lacking.

Dr. Taj believes Habib University has taken a right step in the right direction by providing a platform for the students where they can choose a mixture of courses which suits their natural inclinations. This, he believes, will produce competent and responsible citizens who will help take the nation forward.