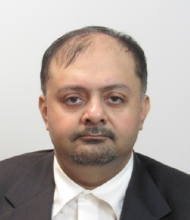 History and Philosophy of Science/Mathematics Dissertation Summary:  In my dissertation “Mathematical Structuralism in the philosophy of science” I argue that the mathematical core of ‘structuralism’ (in the various guises that it appears in the philosophy of science), has been remarkably resilient and can be traced back, to very a substantial degree, to developments in mathematics in the late 19th century– particularly in the work of Richard Dedekind and David Hilbert.

In order to examine this, I delve into the so-called ‘semantic conception of theories’ as presented by two of its leading advocates, Patrick Suppes and Bas van Fraassen. I show how much of their conception is already anticipated in the aforementioned mathematical investigations, and how much of it is influenced by the work of Tarski (whose famous article on truth is what gives this approach its name).

In addition to this, I investigate how one of the earliest notions of structuralism and associated notion of structure in analytic philosophy, i.e., Bertrand Russell’s, is connected to Dedekind’s work.

In pursuit of gaining more knowledge in these areas, Dr. Aeyaz completed his Ph.D in Logic, Computation, and Methodology from Carnegie Mellon University in 2019. The focus of his research was on the use of structural notions in mathematics (which have dominated the field in the 20th century) in foundational studies in the sciences, especially when it came to the axiomatization of scientific theories and the use of logical machinery (i.e. the semantics of models) to such scientific axiomatics. After completing his Ph.D Dr. Aeyaz worked as a Lecturer at Carnegie Mellon in 2020.