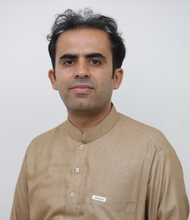 Dr. Abdul Samad has many years’ experience with academia and research. He did his Bachelor in Computer Science from BUITEMS, an IT university in Balochistan, 2002-2006. After his bachelor he joined BUITEMS as Research Associate. He was promoted to lecturer in 2007 where he taught courses at freshman level. He was awarded Fulbright scholarship, MS leading to PhD, in 2008. During PhD he was part of RNA-INFORMATICS lab at University of Georgia Athens, GA. His Ph.D. dissertation modeled the bio molecular structure prediction problem as finding the maximum spanning -tree on the backbone graphs.

After His PhD he joined BUITEMS as an assistant professor in the department of Computer Science. He also served as graduate coordinator and was part of many committees where his responsibilities included, designing new courses, updating the contents of existing courses.