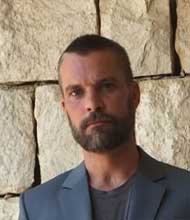 “A Proposal for Reevaluation: Points of Contact and Sides of Likeness Between William Blake and Walt Whitman” Published in The Hawliyat Review (Spring 2017)

“Transatlantic Intersections: The Role of Ralph Waldo Emerson in the Dissemination Of Blakean Thought into the Poetry of Walt Whitman” Published in The Hawliyat Review (Fall 2016)

Under What Stars published by Ampersand Books (2009)

“A Wanderer’s Tale” review of Campbell McGrath’s Shannon: A poem of the Lewis and Clark Expedition published on Open Letters Monthly (2009)

“A Day, Much Like Any Other” published on Bosphorus Review (November 2018)

“Answer Their Own Questions” published in Stand Magazine (Fall 2016)

“A Brief View of How I Imagine My Brain Works”, “On Arriving in Trento, Italy” and “In Perfect Silence to the Stars” published by 1 Over the 8 Online Magazine (2015)

“Swinburne’s Blake: Relative Importance to Whitman’s Iterations of Leaves of Grass 1867-68 and 1871-72” presented at the Sixth International Conference on Linguistics, Literature and Translation, Alzaytoonah University of Jordan 2016 October 26-27.

“Whitman’s ‘I’: Bakhtinian Conceptions of Identity in Walt Whitman’s 1855 ‘Song of Myself’”, Modernities Conference, University of Glasgow. 2012 November 10-12