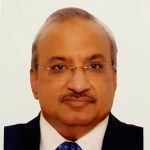 Mr. Muhammad H. Habib is the President as well as a member of General Management at Habib Bank AG Zurich. Under his leadership, the Bank has expanded into several new territories, including South Africa (1995) and Canada (2001). In 1996, he was promoted to the position of Joint President, and subsequently became the President of the Bank.