Finding A Place for Oneself

We are up against a world in ruins. Now more than ever, we must study the humanities. Our project is not just an intellectual one but quickly spills over to the deeply personal and affective. Here, our personal, academic, and political projects are all rooted in an increasingly porous relationship with text. I have found that this field of study has nurtured my ability to think critically, creatively, and expansively about the world I am a part of and my place in it. 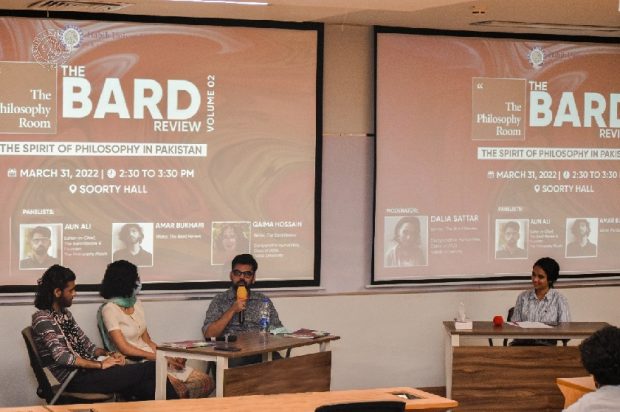 The courses offered as part of our program core are all co-taught and cross-disciplinary, so whether you are interested in literature, history, philosophy, religion – or haven’t quite decided yet – there are fields of possibility open to you. What makes Habib’s program in Comparative Humanities unique is its particular focus on comparative inquiry which puts different perspectives into conversation with one another, allowing students to think horizontally instead of vertically.

Watch this to explore the Comparative Humanities program at Habib University

Additionally, while the Comparative Humanities degree is comparable to any liberal arts degree offered at an undergraduate level globally, what sets it apart is an approach that is strongly rooted in South Asian history and culture. Really, it’s all about context. A good liberal arts degree can hone a student’s ability to think critically, yes, but a liberal arts degree that is sensitive to the context within which it operates is far more useful. If we are to become agents of change it is vital that we understand the circumstances that have led us to the situation we find ourselves in today. On a global level, this attention to context makes the degree even more valuable as it is unlikely to be found in any other part of the world. 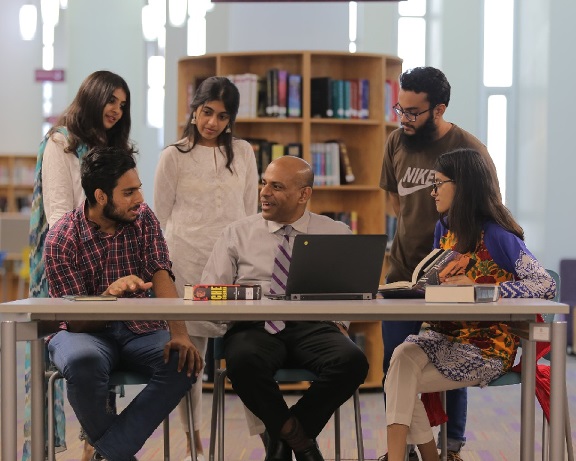 Shaping A Community for Thinkers and Writers

Above all else, the program in Comparative Humanities at Habib offers a diverse and closely-knit community of budding thinkers and writers. As part of this program I have formed deep friendships with my peers and working closely with them has been the most fruitful part of this journey. Under the mentorship of faculty from across the four disciplines I have come to learn that our project is a shared one and for this reason the only way forward is in community based efforts. Since class sizes are small and course material is always intellectually exciting, the discussions we have are unlike anything else. I have changed so much in these past few years because of the thinkers and texts I’ve encountered, the professors who have guided me, the friendships I have formed, and most importantly the space that I’ve been given to grow.

This blog was written by Dalia Sattar, a Comparative Humanities student from the Class of 2024.