You are at:Home»Events»Sukhan: The Art of Literary Oration revived at Arzu Center

The Arzu Center for Regional Languages and Humanities held an energetic event on Tuesday, April 12th 2016 titled “Sukhan: Recitation, Oration from poetry and prose”, in collaboration with Zau, the bilingual literary magazine generated by the students of Karachi University. Held in the Soorty Lecture Theatre at Habib University, Sukhan was titled Chapter 5, aimed at the revival of the culture of literary oration. The Chief Guest at the event was Satyapal Anand, a prominent name in the field of education and the record holder for most published Urdu nazams. He was joined by celebrated poet Fatima Hasan, and Habib University’s own Afzaal Ahmed Syed, faculty member at the School of Arts, Humanities and Social Sciences.

Starting with introductions of the emerging poets reciting their works along with readings of famous poets and authors, the hall was abuzz with energy throughout the session, with students as well as the general public in attendance. Given that Zau is a bilingual magazine, the recitals during the event were a combination of both English, and Urdu language, with performance-based humorous orations as well as spoken word poetry. The poets recited ghazals, nazams, poetry and prose ranging from various sources, some even drawing inspiration from legendary authors and presenting their own endeavors, drawing much appreciation from the crowd. Karachi University students Baqar Mehdi and Arfa Aizazi moderated the event, offering introductions to the presenters as well as to the artists present in the audience.

The event kicked off with recitations and vibrant portrayals of English poetry and prose, with the presenters choosing illustrious and legendary poets such as Shakespeare and W.H. Auden as their performance-based, and spoken word literary orations. Each performance was delivered with an active portrayal of passion, and to wild applause from the audience. The Urdu poetry recitations and humorous performances were regarded with just as much gusto, with presenters choosing the works of authors and poets such as Patras Bukhari, Mushtaq Ahmed Yousufi and Ibn-e-Insha as their verse.

Zau is a literary magazine that started off as just a four page publication as a personal project among friends, who nurtured a passion for world poetry and prose, but is now close to publishing its 16th issue. It has become a magazine that is regarded highly in the literary community, and displays works from both students of Karachi University, as well as internationally renowned authors, poets, columnists, critics and artists. It has gained momentum through the years as a great platform to launch new poets, as well as provide an avenue to help the revival and growth of literary prose and poetry.

Images from the event 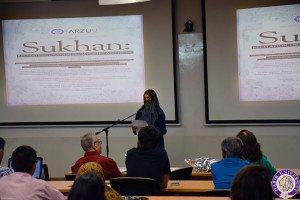 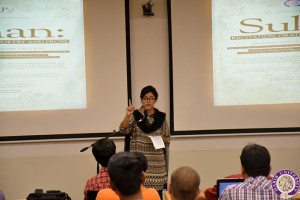 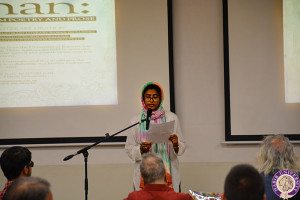 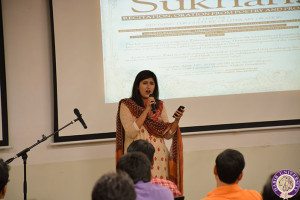 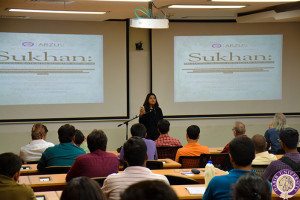 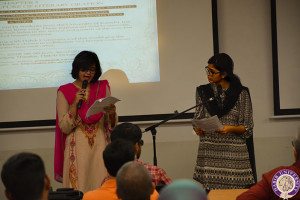 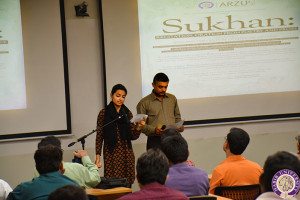 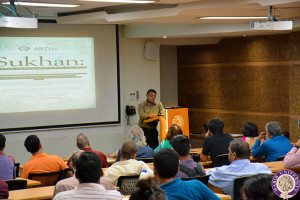 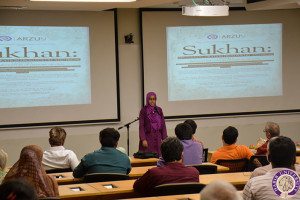 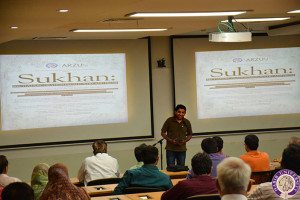 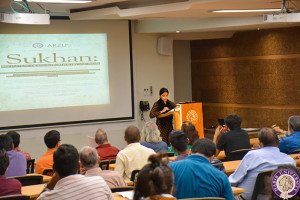 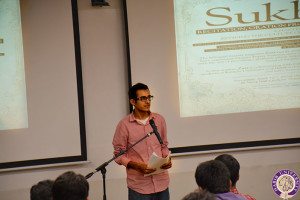 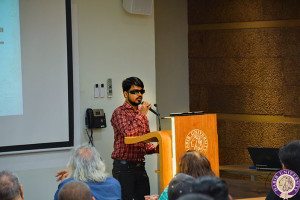 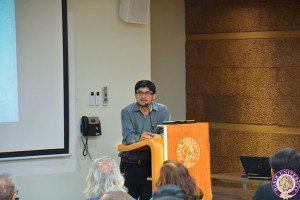 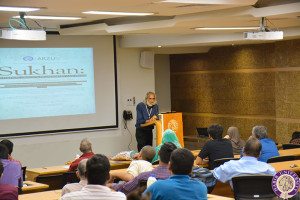 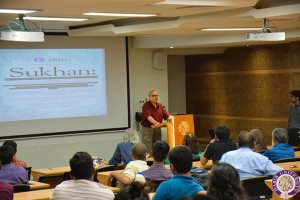 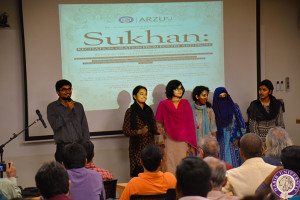 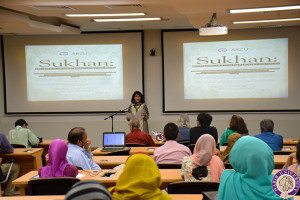