You are at:Home»Events»Dance Meets Media Design: An Interactive Session with Nighat Chaudhry and Muneera Batool

Artistic activism has always been central for bringing social transformation, and makes us emotionally connected to those marginalized. Habib University as an institution of higher learning believes that to enhance the learning capacity of students, exposure to pluralism and diversity of ideas is the need of time, and art, theatre and music remains central to such a learning approach. On November 17, 2022, Habib University organized a session, Dance Meets Media Design – Aadhi Gawahi with world renowned artist Nighat Chaudhry, and Muneera Batool, a Theatre Director and Media Designer specializing in most-modern theatre modalities, and Assistant Professor, Communication and Design Program at Habib University.

The session organized by the Communication and Design Program, based on the video screening of Rehana Taufiq’s poem, Aadhi Gawahi, was aimed at bringing to attention the sufferings, struggles and resilience of women, and the social movements which emerged as the result of authoritative laws responsible for systemic ostracization of women. 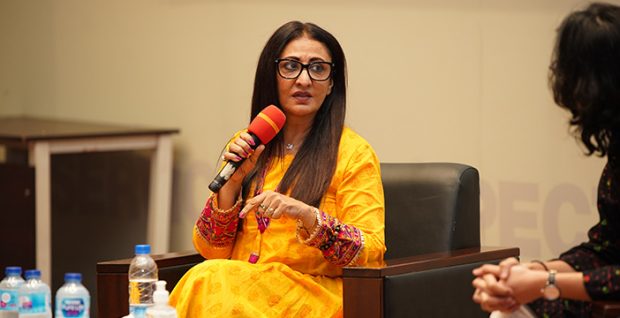 World renowned dancer and choreographer, Nighat Chaudhry during the session

While highlighting the crucial role of art in mainstreaming social issues, Nighat Chaudhry said, “The role of art is to make you uncomfortable and question the existing norms. To be awake and not to be in slumber.” She further said, “We all need to take responsibility and be part of collective consciousness. Do not give up as life is all about overcoming challenges.”

“Habib University as an institution of higher learning believes that to enhance the learning capacity of students, exposure to pluralism and diversity of ideas is the need of time.”

Talking about the essence of art and music as the language that communicates spirit and emotion, Ms. Chaudhry said, “If I must communicate anything through storytelling, I do not use direct materials. I believe in strengthening the abstraction as it opens more interpretation.” According to Ms. Chaudhry, the use of storytelling is the simplest yet the most powerful tool to move masses with emotions and consciousness through imagination and dramatic visuals.

Muneera Batool, being a Media Designer, reiterated the fact that how human centered Design Thinking can deepen social impact. At Habib University, Design Thinking is an important pillar in educational curricula which focuses on human interventions in products to bring sustainability and ease in commoners’ life. 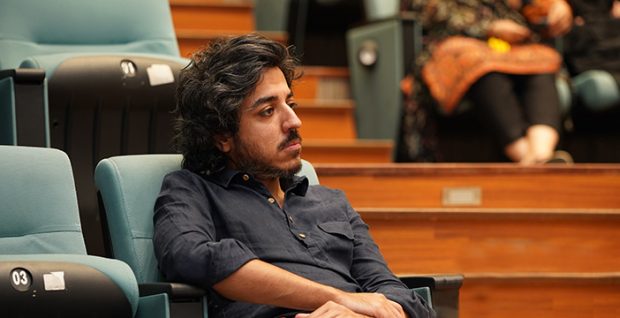 The session was felt differently by the audience, when each move in lyrical performance by the artists depicted the socio-cultural and judicial constraints in our system that women have to go through when seeking equal rights. 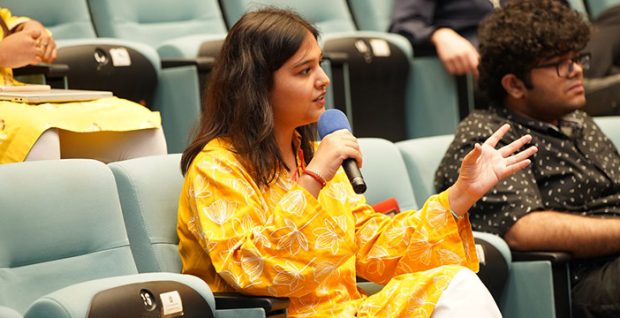 The session captivated audience’s attention where they asked the esteemed guest speakers the indispensability of Media Design in mainstreaming social issues.

When answering one of the questions regarding what could be the possible way forward of bringing reforms in our system, Ms. Chaudhry stated, “We all are activists and have the courage to seek accountability. Raise your voice, do not let it die, keep shining and keep bringing positive change in society.”

The session was concluded with inspiring words by Ms. Chaudhry, “Many things go through criticism but does that stop you from going forward? Change has always been a gradual process and you have it all over the world.”