You are at:Home»Events»Critical Knowledge: Reconnecting with Local Heritage

Habib University proudly presents a new addition to its unique programs – BA (Honors) Comparative Liberal Studies (CLS). An unparalleled degree in terms of its approach and breadth, CLS will be offered from Fall 2019. The program was launched publicly on 15th December at Habib University and attended by local and international scholars and academics.Find out more about the program at: https://habib.edu.pk/academics/ahss/comparative-liberal-studies/#HabibUniversity #CriticalKnowledge #ComparativeLiberalStudies

“One of the goals of the new program is to reinvent, re-imagine and revive the knowledge systems that have become marginalized and what the study of ‘humanities’ has been in the past and in the ‘West’”, as explained by Dr. Nur Sobers-Khan, Director of the CLS Program at Habib University.

Introducing the panel 'Doors of Perception', Dr. Nur Sobers Khan states "One of the goals of the new program is to reinvent, re-imagine and revive the knowledge systems that have become marginalized and what the study of 'humanities' has been in the past" at the #CLSsymposium. pic.twitter.com/sThBuoYoTp

Through a comparative approach, the new CLS program aims to communicate critically essential knowledge in the humanities, and to cultivate students as socially conscious citizens grounded in Pakistan’s rich philosophical, intellectual, and cultural traditions, who can seek thoughtful, historically rooted solutions to the challenges that we face today.

Starting off the event was an introductory speech by Assistant Professor of CLS, Dr. Nauman Naqvi, who on the second discipline of CLS stated that “HU’s recognition of the transformative power of Philosophy, and the orientation of our faculty, is the hallmark of a Habib University education.”

The event featured leading international scholars with the keynote speakers Dr. Abbas Amanat, an eminent historian of Iran and the Persianate world, who has taught at Yale University for almost four decades.

In his keynote speech on Persionate Studies, Dr. Amanat observed “it is like a circle that comes into completion, the fact that these ideas still resonate in the same way they did with Rumi many centuries earlier.”

Dr. Abbas Amanat was introduced by Dr. Waleed Ziad as “a world-leading historian who has shaped my own scholarship” at Yale University. In his inspiring talk called ‘Persianate Studies as an Interdisciplinary Space’ Dr. Amanat argued that “Persianate studies is an urgently productive, interdisciplinary field that can connect with more geographically constructed ambient fields, yielding new horizons of knowledge.” Clearly explaining the relevance of teaching and studying the humanities, he observed “with the tradition of Sufism, and tolerance, South Asia can contribute a multi-dimensional sense of tolerance that is a part of the intellectual endeavor that was a part and parcel of what education was in this part of the world.” 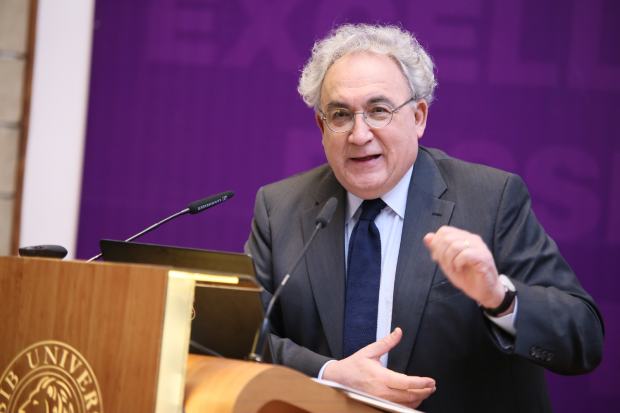 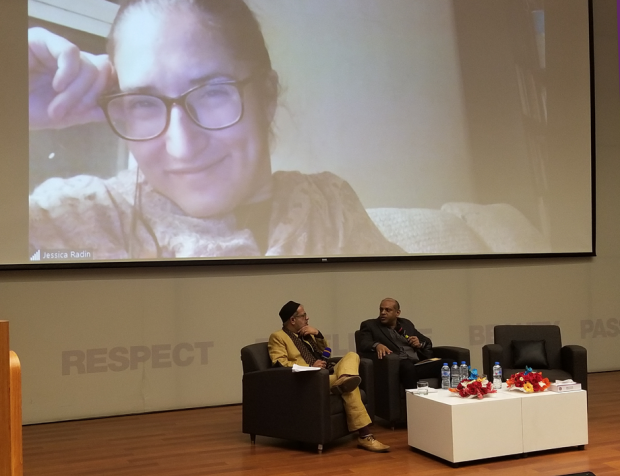 The second panel discussion titled ‘Doors of Perception’ included Dr. Nur Sobers-Khan, who highlighted the “importance of aesthetics in understanding human beings and societies”, Dr. Fracisco Jose Luis, and Dr. Waleed Ziad, all faculty of the CLS program at Habib University. Dr. Waleed observed that “we have inherited a system of education that doesn’t encourage us to look inwards”, while Dr. Muhammad Haris responded “are we actually inheriting knowledge from the past? If we don’t have knowledge, are we actually leaving any knowledge for the future generations? Answering questions such as this are the reason programs like CLS are important.” 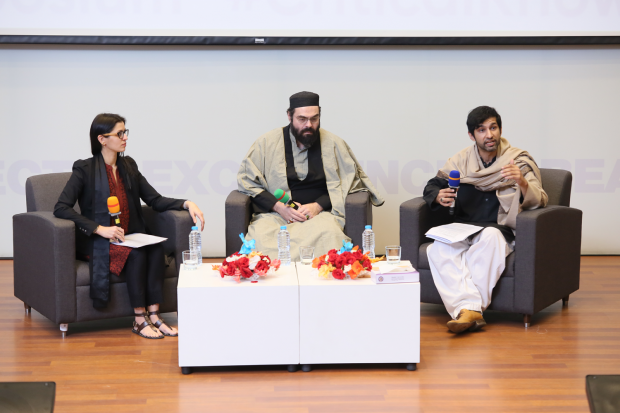 Much of the day’s speakers subtly gave their personal insights and experiences that have shaped their learning journeys. In her insightful talk on ‘Ilm and Islam’s Potential Contributions to a Sustainable Science in the Global Age’, Dr. Sinkwan Cheng, Professor of CLS, explored the intricate relations between different forms of knowledge across the ancient world and modernity, as well as across Europe and the Islamic world, and how “Islam has a lot to contribute to our understanding of the western civilization.” 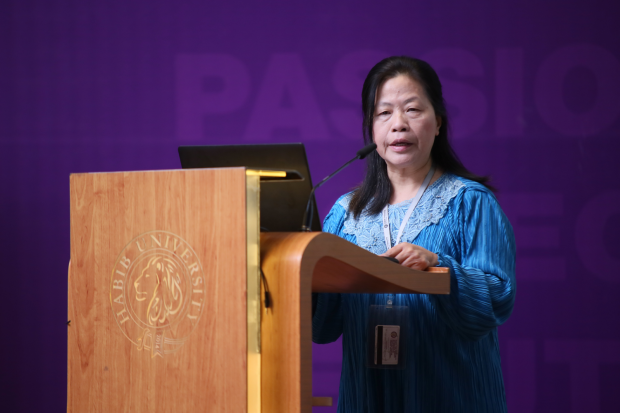 Dr. Jessica Radin contributed that “this incredible joy that comes from gaining knowledge, however hard it is to gain, is one of the most important keys of life. This is what we try to transfer to our students. The pursuit of knowledge requires us to face that we are in moments of crises and there are possibly bad and irredeemable things that we must face with honesty and without despair.”

A highlight of this Symposium were short yet insightful presentations by students of Habib University, speaking on their field research on the ‘Sacred Geographies’ of LasBela during a course of the same title. In fact, these presentations were a testament to the university’s interdisciplinary teaching, which is at once theoretical and practical, analytic and emotive, historical and constructive.

Dr. Waleed Ziad introduced a joint project by Habib University students and Lasbela University, titled 'Sacred Geographies.' The project is being discussed in detail by Amna Shoaib, a student of Social Development and Policy at HU. #CLSsymposium pic.twitter.com/iE4fDIOrMU

Titled ‘Trandisciplinary Approaches to the Study of Sacred Landscape and Genealogical History’, the closing speech was by keynote speaker Dr. Jo Ann Gross, who discussed her current research focusing on ethnographic, historical and literary approaches to the study of Isma ilism in Afghan and Tajik Badakhshan.
She further stated that HU was “off to a very positive beginning, based on the presentations and the syllabus, which is beautifully constructed.”

Closing remarks of keynote speaker Dr. Jo-Ann Gross on ‘Transdisciplinary Approaches to the Study of Sacred Landscape’ explore how 19th and 20th century genealogical histories were preserved by families from generation to generation, tracing the sayyid descent of pirs and shahs. pic.twitter.com/AKO9UUXrNK

In line with the essence of CLS, and to celebrate our local traditions and heritage, the event concluded with a spiritually uplifting Qawwali performed by the Saami Brothers, a group of accomplished vocalist and custodians of the traditions of Qawwali and Khayaal of Hazrat Ameer Khusrau and Ustad Taanrus Khan Sahab.

The event was covered by prominent publications including Dawn, The News, The Nation, Business Recorder, The Express Tribune and Daily Times. 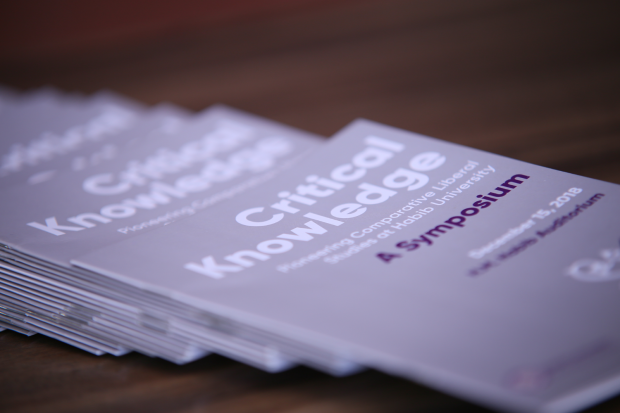