You are at:Home»Donors»Transforming Higher Education through Philanthropy

Habib University Foundation and Members of the Host Committee held its Annual Fundraiser on April 23, 2019, in support of Habib University and its vision to bring about a transformational change in higher education in Pakistan.

The event highlighted the remarkable mobilization of citizens for philanthropy and giving in Pakistan and in realizing the true potential and opportunity the country and its youth possess. The event also exhibited the important role played by Habib University’s Host Committee, Resource Development Committee, the community of Mohsineen, and philanthropists in creating an institution that is expanding student horizons and contributing to the country’s development.

In his welcoming remarks, Dr. Christopher Taylor, the Vice President Academic Affairs and Dean of Faculty, Habib University, who was also the event’s Master of Ceremonies, welcomed the guests and said that the gathering is a testament to the philanthropic spirit that runs deep in the culture of Pakistan. 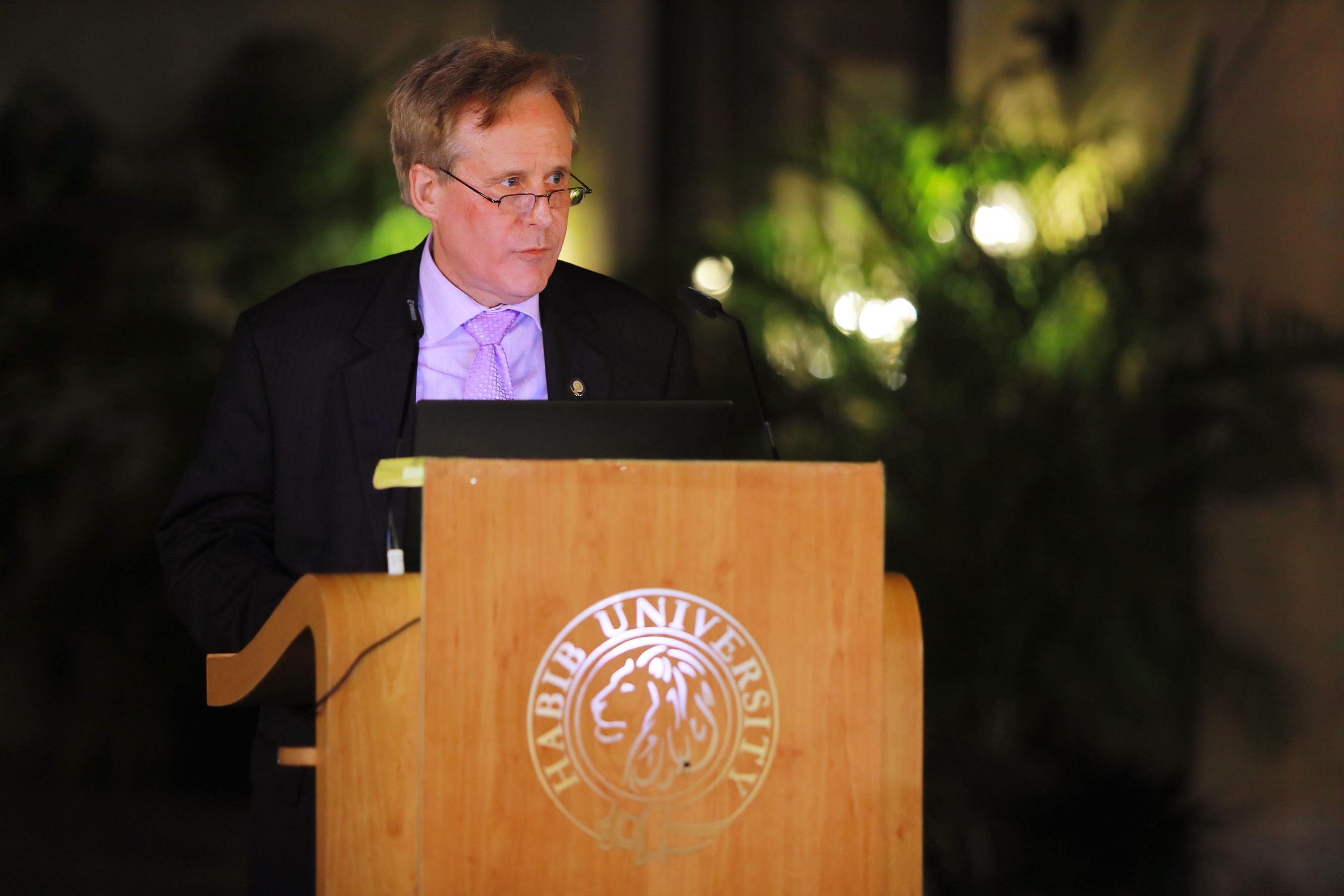 Dr. Christopher Taylor, the Vice President Academic Affairs and Dean of Faculty, Habib University, was the Master of Ceremonies for the ecelectic evening.

Dr. Taylor also spoke about how the synthesis of Liberal Arts and Sciences enhances diversity, not just in terms of learning, but also in bringing societies together.

While speaking at the event, Mr. Bashir Ali Mohammad, Chairman and CEO of the Gul Ahmed Group, said that their main aim was to ensure that; “the university is for everybody, and not just those who have all the facilities available. We feel that we have to really grow now, the city and the country needs it.” 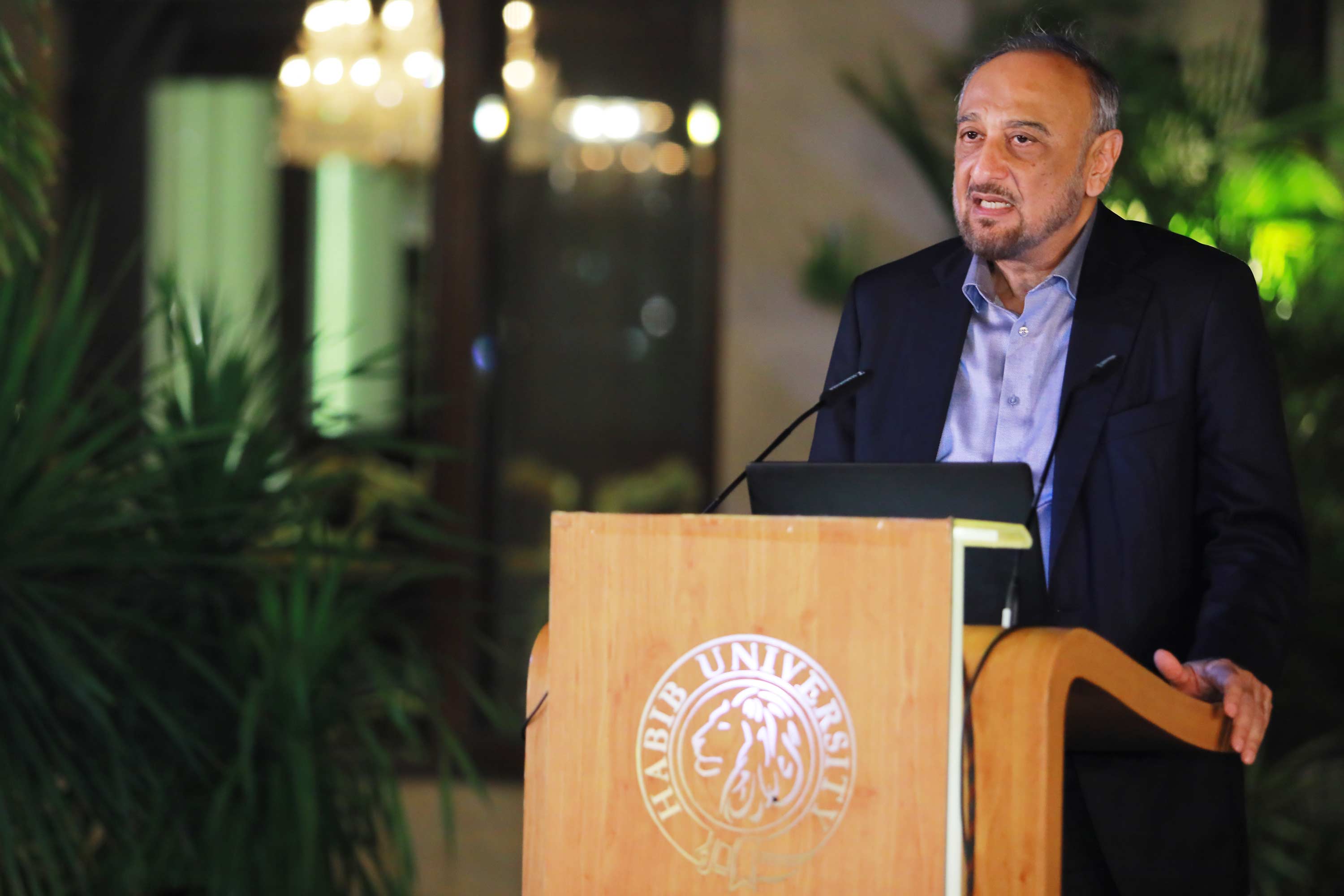 He further said that they were aiming to get Habib University into the top 100 universities of the world very soon.

Habib University President, Mr. Wasif Rizvi then spoke about the fundamental role philanthropy has played in bringing into fruition Habib University’s vision of creating a new standard for higher education in Pakistan.
“From the $40 million in donations by the House of Habib, the largest in Pakistan’s history, to the generous contributions made by prominent individuals, Habib University has greatly benefited from these charitable efforts,” Mr. Rizvi said. 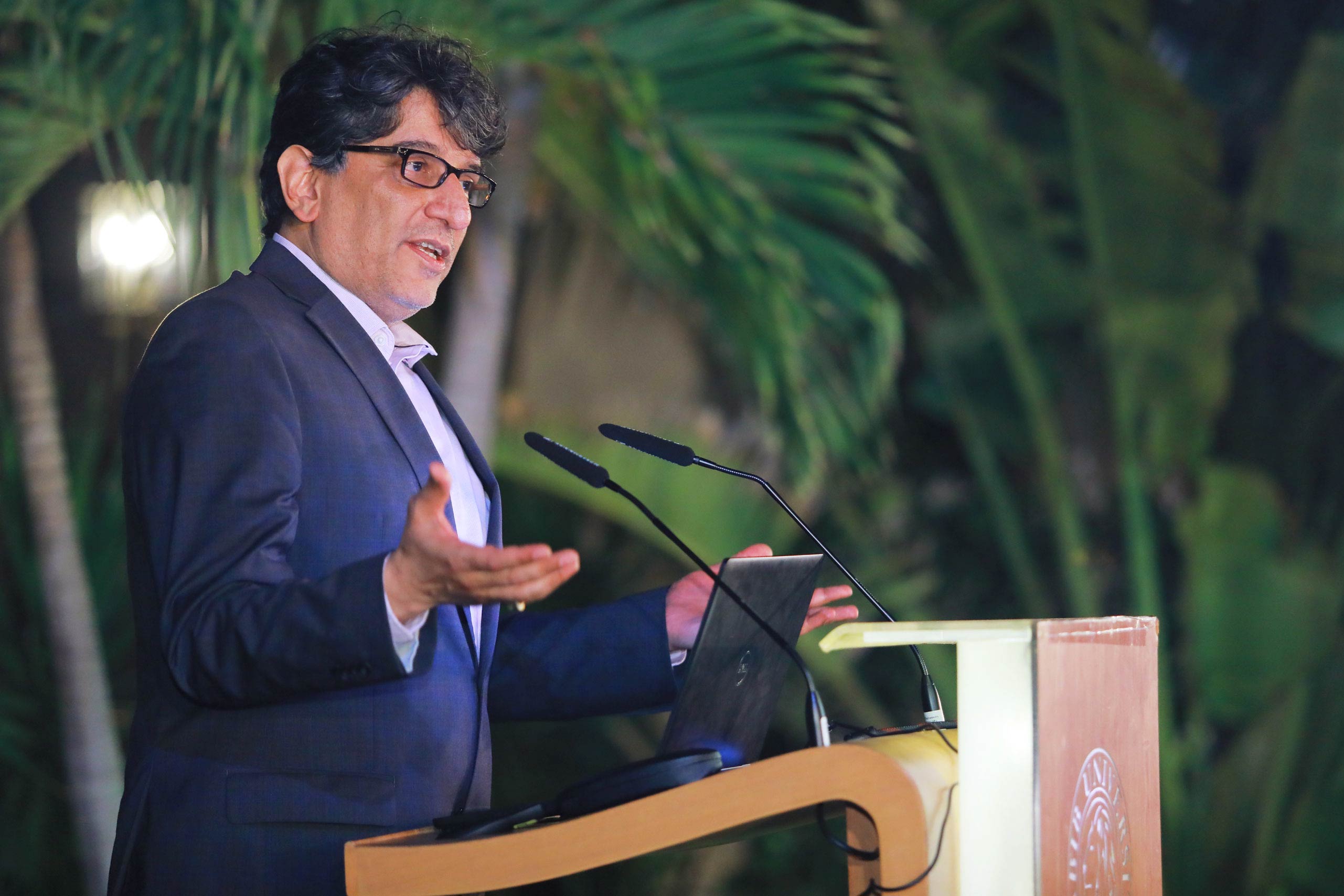 He emphasized that one of the reasons that the University has had such a successful response from donors is because charity has always been a fundamental part of the ethos of Pakistanis, who rank among the most giving people in the world.

The event also had a session where a video presentation was played for guests to take them through the wonderful journey of Habib University, from its inception to the milestones achieved so far. The video explained the hard work put into making the University a reality, and that the institution has thrived in such a challenging environment due to the philanthropic efforts of generous people of the nation. 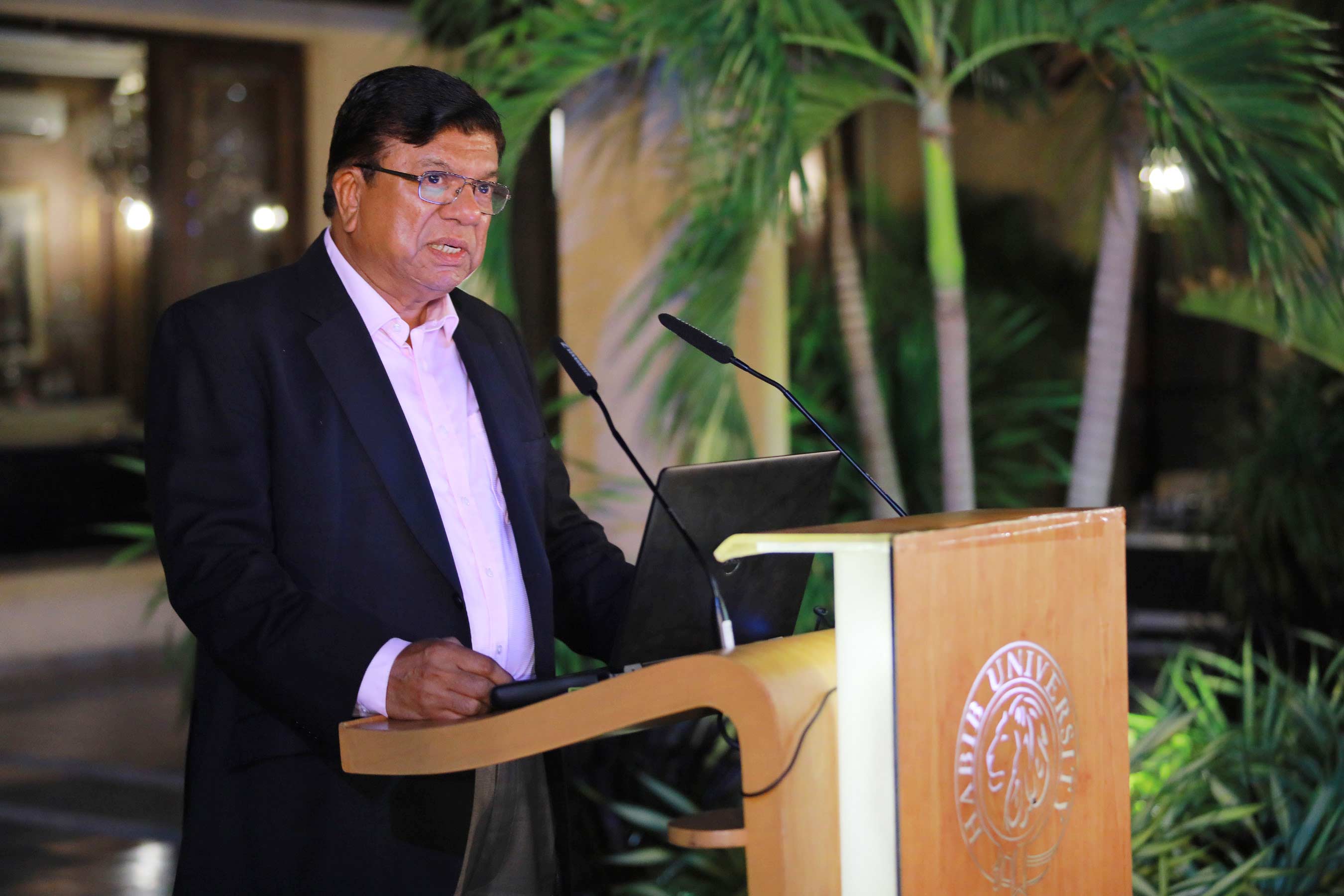 Mr. Arif Habib, the chief executive officer of the Arif Habib Group and also the host committee member, backed that Habib University is a very productive project for the community and will be a nucleus for future leaders. 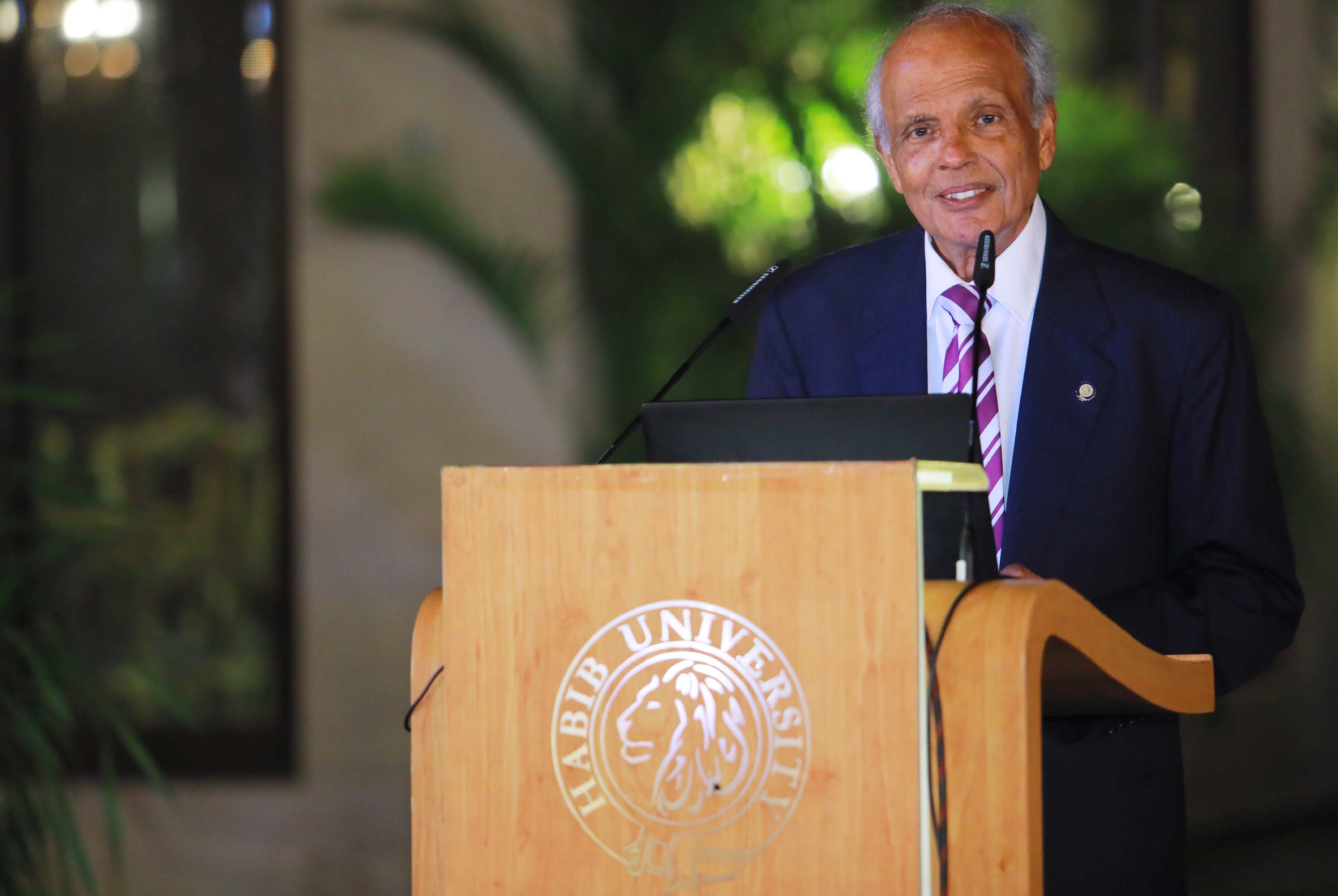 He also presented a plaque to Mr. Asif Riaz Tata for his generosity and especially opening his house to host the event. 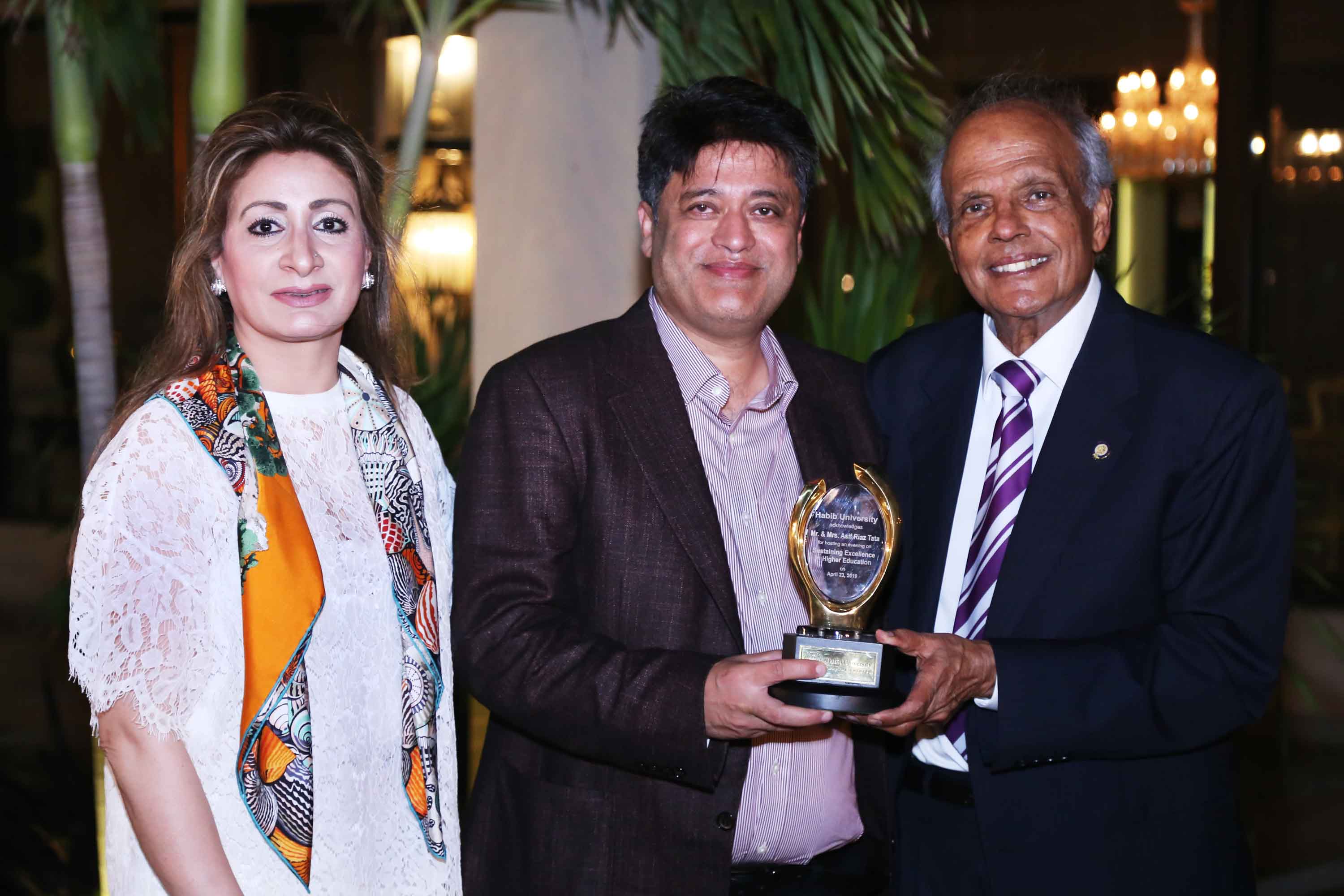