You are at:Home»In the news»Syed Zafar Abbas Jafri: Serving Humanity with Habib University

Service to humanity and the ability to empathetically connect with others results in a thriving society. Habib University is an institution which passionately believes that when striving for excellence, the sincerest way to do that is in the service to humanity. Strengthening this commitment, Habib University on November 03, 2022, invited one of the prominent community leaders in Pakistan, Mr. Syed Zafar Abbas Jafri, General Secretary of Jaffriya Disaster Management Cell (JDC), for the session, Serve Humanity with Passion. Moderating the session was Syeda Ummul Baneen Rizvi, Manager, Donor Communication and Engagement at Habib University, while the session was hosted by Syeda Dua Zehra Zaidi, a student from Comparative Humanities, Class of 2024.

General Secretary of Jaffriya Disaster Management Cell (JDC) while shedding some light on his inspiring yet challenging journey of social welfare said, “… despite all the obstacles, we keep doing the welfare work in Pakistan and without any religious or caste discrimination.” He further highlighted the sustainable approach to overcome societal issues in Pakistan, “Building skills and giving education are the only way to overcome poverty and social issues.” 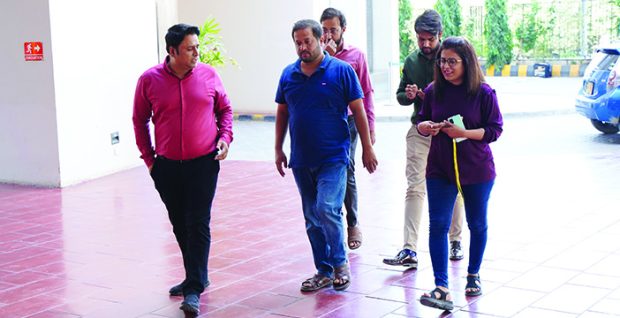 “I have been to several universities in Pakistan but after witnessing the academic atmosphere that this institution provides, I can proudly say that Habib University in Pakistan matches global educational standards.”

While reiterating the importance and explosive growth of social media in 21st century, Mr. Jafri also talked about how it can be used as a tool for social accountability. “Social Media has emerged as an immensely powerful tool … if used efficiently, it can create awareness among masses.”

The role and effectiveness of not-for-profit organizations is now considered crucial, according to an estimate, currently 25,000 to 30,000 NGOs work in Pakistan to cater for different needs of the country’s disenfranchised. 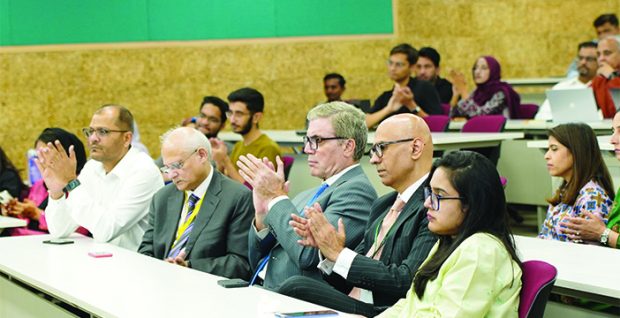 Management Team of Habib Metro Bank participated with great devotion and fervor, and was moved with the message of service to humanity, during the session.

Applauding and showing great appreciation of the work being done by Habib University, Mr. Jafri said, “I have been to several universities in Pakistan but after witnessing the academic atmosphere that this institution provides, I can proudly say that Habib University in Pakistan matches global educational standards.”

Answering the question regarding flood affectees in Pakistan, Mr. Jafri sketched out a very dismal scenario. “A woman I met had clothes she had been wearing from the day the flood hit her house, and when she came to our camp, she was suffering from various diseases that a human mind cannot even think of.” At present, 33 million people in Pakistan have been affected by 2022 floods which left 1500 people dead. 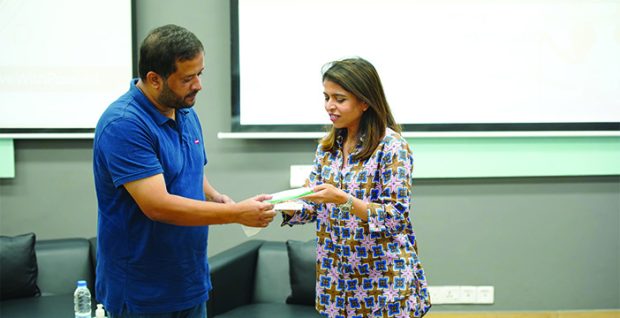 The session left the entire Habib University community and especially students with rekindled enthusiasm to go beyond and build a sustainable bond in society by helping those in need.