You are at:Home»Events»Questioning South Asia Conference contends Role of History in Postmodern Academia

Habib University’s International Conference titled Questioning South Asia was held on 1st-2nd February 2018. The two day conference invited scholars from around the world to discuss South Asia beyond its construction as a territorially bound space with discrete nations. The conference was open to the public and attracted the likes of students, scholars, community members, academics, and civil society representatives.

Some of the world’s top global academics were brought together for this conference, from South Asia, the US, and the UK. The conference opened public dialogue on South Asia can remain intact amidst global geological shifts and political restructuring. Organised around five panels, the first panel was titled Revisiting Urdu Literary Traditions in South Asia. A combined paper by Ms Sarah Abdullah and Ms Amina Wasif was presented, offering insight into the diverse genre and forms of cultural representation of the South Asian region. Their thought-provoking papers spoke of traditional storytelling, or dastangoi and the fictional characters that were created by the authors. Ms Abdullah recalled “Tilism-e-Hoshruba, the subcontinents first wholly indigenous indo-Islamic fantasy epic.”

Habib University’s own, Dr Nauman Naqvi was part of the second panel, The Politics of Othering in South Asia: Secularization, Identity, and Environment. Alongside Dr. Saba Pirzadeh, the two illuminated the pressing contemporary challenges affecting the world. Dr Naqvi presented an apocalyptic worldview or “massive catastrophes and massive holes in our ecology” that may arise from changes in our geography. The profoundly disastrous effects of the “Anthropocene” were described in relation to modern humans, or “geological humans” as opposed to “humans of the past who were historical humans”. He spoke of how the current generation came from “the generation of the great acceleration” all of whom have a “direct impactful relationship with nature”.

Humans [with other species that are a part of nature]have always had a dynamic, impactful relationship with nature, the past two centuries have brought around a qualitative shift in the human relationship. 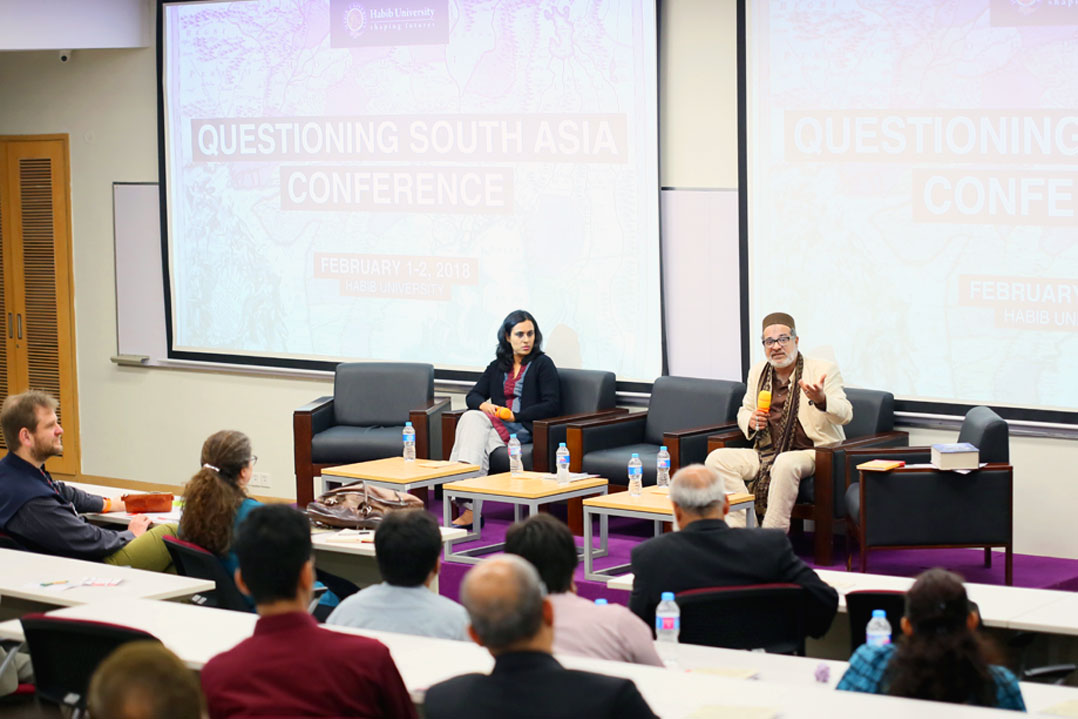 Dr Saba Pirzadeh highlighted the “contemporary South Asian Literature as a viable discourse for exploring the repercussions of war”, especially enacted on bodies and their urban movements and the ways in which they are expressed, such as in cartoons. Dr Pirzadeh stated that “the relocation of the South Asian urban girl figure from the margins to the centre approximates and expresses the cultural anxiety, the spectre or colonial violence, the looming threat of sectarian and religious fundamentalism that haunts so much of urban life in South Asia and the struggle of its youth to resist these traumas on a daily basis.”

Performance, Language, and Politics was the third panel, which highlighted the culture and associated logic within South Asian societies. Speaker Dr Sean Pue asked the question of “how literary studies of poetic performance can extend beyond single literary and language communities” which are necessary to break away from stagnation of language. Dr Shirin Zubair discussed the images and representation of women in South Asian pop culture arguing:

In the wake of post-feminism, globalization, and international development discourses, the imagery and representation of women in South Asian popular culture has significant issues regarding women’s changing social roles and identities. How do women themselves relate to these images? 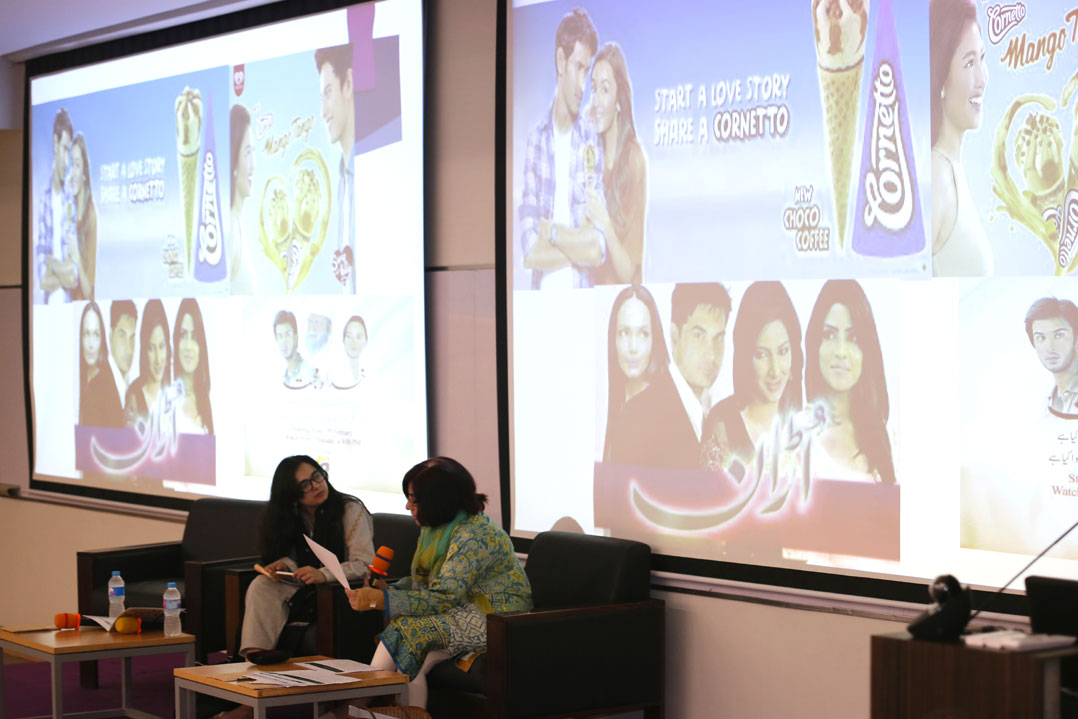 The fourth panel, Reauthorizing South Asia brought together two well-known academics, Dr Edward Simpson and Dr Aasim Sajjad Akhter. Both speakers reflected on the changing structures of the region that result in the effects of mega infrastructure projects. Dr Simpson asked “how infrastructural politics are changing the shape of the region” in terms of how they shape the mind-sets of societies in terms of what they think of borders and boundaries. Dr Sajjad argued that recent studies have shown investments in border regions taking form in the shape of new imperialism that are there purely for strategic reasons. 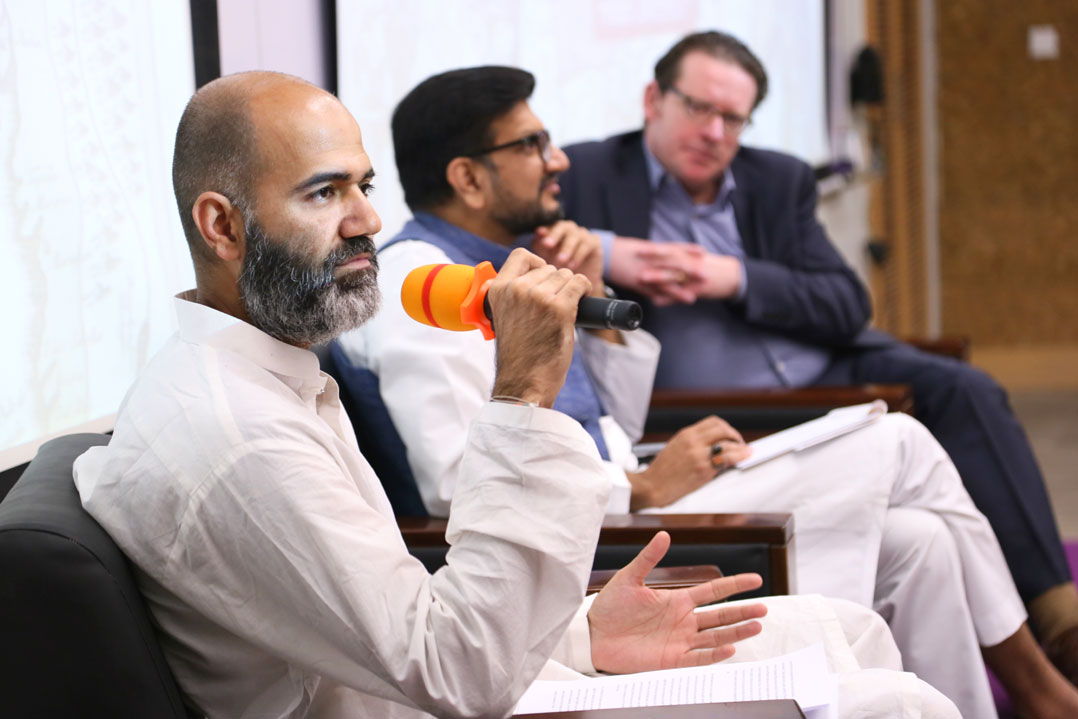 Dr Karen Ruffle opened the next panel Religious Movements, State, and National Identity offering insightful commentary on the influence of religion on politics. She spoke of the historical narrative of Shi’i origins in the Deccan, shedding light on the “central place that material objects had in the formation of Shi’ism in Hyderabad, India.” She suggested that there was a more complicated history of the Qutb Shahi dynasty and its relationship to Safavid Iran (1502-1736 CE). Another panel member, Dr Amina Jamal presented a paper on “feminist subjectivity that is shaped by distinct experiences of gender, nation, secularism and Islam that are unaccounted for in the framework of modern secularizing state versus moral community that upholds postcolonial critiques of secular feminism.” Dr. Jamal argued for “a more nuanced understanding of what is at stake when secularism is supported or denounced.”

The conference concluded with a roundtable discussion with Keynote Speaker, the eminent scholar Dr Markus Daechsel from Royal Holloway, University of London. His speech addressed the nature and value of history, stating “instead of arguing with and about history, South Asian politics has increasingly been guided by a desire to by-pass or even undo history.” He further stated that the evidence of neglect of history was visible “in the field of heritage destruction, and architecture, but can also be observed elsewhere, in debates about school curricula, for instance, or simply in the relatively low prestige enjoyed by history as compared to the social or natural sciences.” The keynote reflected on a number of interconnected themes that are all related to this larger question: What does South Asian ‘politics of time’ mean for our ability to write a decolonised history South Asia? Dr Daechsel concluded his keynote speech by suggesting that “such explorations have barely begun, but will acquire increasing importance in an arguable less ‘historical’ future when many of the old certainties of the 19th and 20th century modernity will be superseded.”

Habib University’s public events are part of its commitment to create open dialogue and raise awareness on global issues, using the university as a platform and open space for critical discourse.

The event was covered by news bodies such as Dawn Newspaper, TheNews, Daily Times, and Business Recorder.