You are at:Home»Mohsineen»Mehfil-e-Mohsineen by Habib University: A Special Day of Gratitude

Pakistan is considered one of the most generous nations in the world, and while primary and secondary education do garner philanthropic support, higher education is neglected. As a result, a large portion of its youth is unable to acquire quality Higher Education, primarily because of a huge negative gap between the annual household income and the high cost of private universities in the country. Habib University, recognizing this national dilemma, has  been vigorously striving to deal with this obstacle with the help of a committed community of supporters.

To honor this community and express gratitude towards the dedication and generosity of its benefactors, Habib University organized a “Mehfil-e-Mohsineen”. Attendees included supporters of Habib University, donors, senior leadership from the corporate sector, media, and members of civil society. For a number of invitees, who were visiting the campus for the first time, were awed to see the award-winning campus.

Highlight of the event was the dedication of the university’s amphitheater as the “Saima and Shahbaz Malik Amphitheater,” in recognition of the generous support extended by Mr. Shahbaz Yasin Malik, CEO, Hilton Pharma and his wife, Saima Malik, which is instrumental in providing students from local examination boards, the opportunity to attain a world class education. 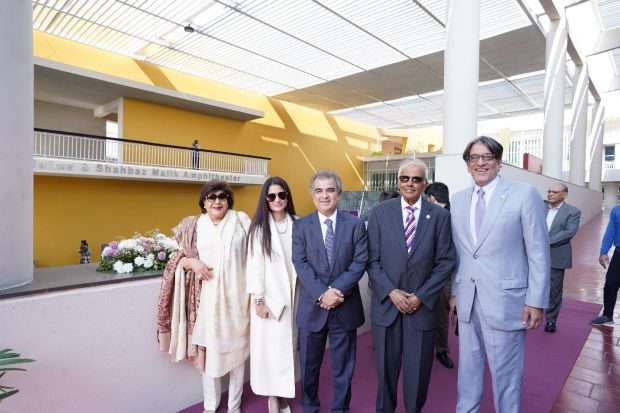 Speaking on the occasion Mr. Wasif A. Rizvi, President, Habib University commended the efforts of the benefactors, “The secret ingredient of creating the highest quality possible university which is comparable to any in the world and then making it accessible to students, especially from underprivileged backgrounds, are the supporters of Habib University.” He thanked Shahbaz Yasin Malik and his family for standing with Habib University since the very beginning and supporting its cause. 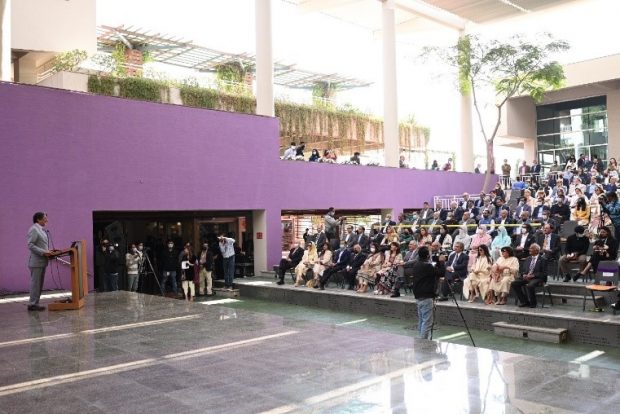 Mr. Rafiq M. Habib, Chancellor, Habib University, also expressed his gratitude to the supporters of the university for their continuous support, thanking the philanthropic belief of the family. “Sardar Yasin Malik and his son, Shahbaz, were one of the very first community co-founders of this institution, and their support gave Habib family confidence, faith and courage in building this amazing university.”

Mr. Shahbaz Malik while addressing the audience provided insight into the reason for his family’s continued support,  “Habib University provides a transformative educational experience to the youth and promotes diversity by supporting students from various socioeconomic backgrounds, which is one of the biggest inspirations for our family to become ambassadors and supporters to this cause.” 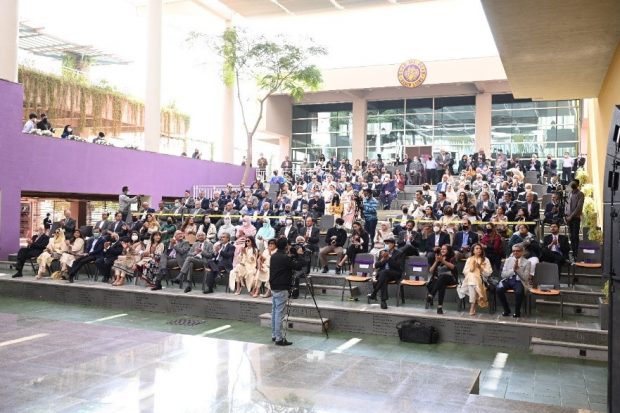 Mr. Mohomed Bashir, Chairman, Gul Ahmed Textile Mills and Chair, Resource Development Committee, Habib University was also present at the event to extend his support. He thanked the Mohsineen for their generosity and encouraged them to carry on with their investment in the future of Pakistan. “Universities are not easy to build but once we build them, it is our responsibility to keep them going. I thank Shahbaz Yasin Malik and Rafiq M. Habib for playing their part in doing so”. 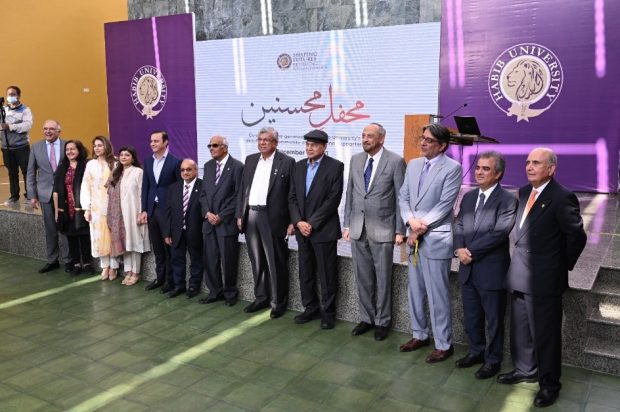 The surprise dedication of the ‘Chancellor’s Boardroom’ in honor of the  Founding Chancellor of Habib University, Mr. Rafiq M. Habib, was another highlight of the event. 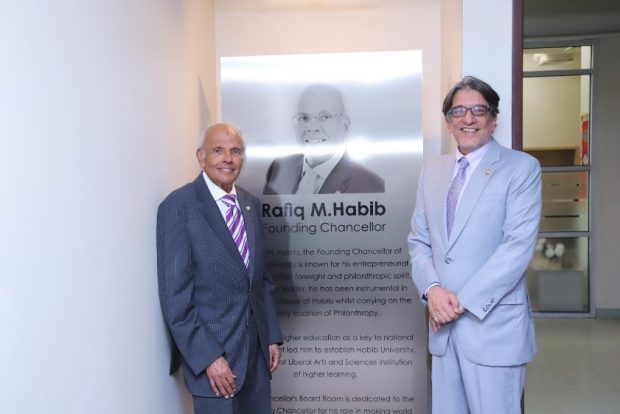