You are at:Home»Events»Enshrining the Dawood Habib Legacy

On January 8, 2019, the Yohsin Hall, a sanctum of learning located inside the Habib University library was named after the late Dawood Habib (1901-1950), renowned businessman and the patriarch of the Dawood Habib family. 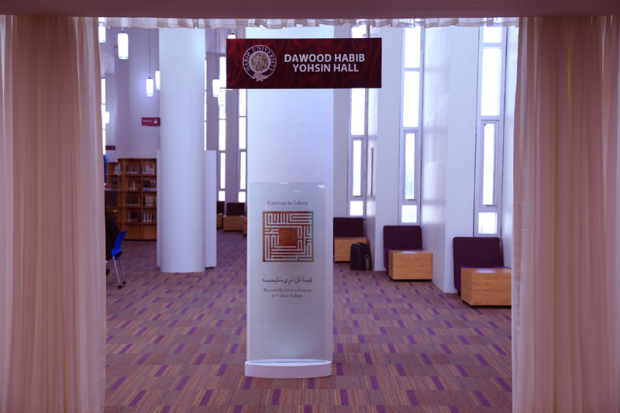 The official unveiling of the Dawood Habib Yohsin Hall was preceded by a dedication ceremony attended by the family of the late Dawood Habib, Rafiq M. Habib, Chancellor, HU, and Wasif A. Rizvi, President, HU.

While addressing the gathering, President Rizvi said that it was an honor for the University to be able to attribute spaces to the Habib name itself. He pointed out that through the dedication of the Dawood Habib Yohsin Hall, HU had become part of a legacy which stretched over two centuries. He traced the generosity of the Habib family not only towards a nascent Pakistan in the 1940s but to the city of Karachi itself over a period of time which had seen the establishment of a number of philanthropic institutions, “The historical momentum of this legacy has reached this phenomenal landmark in Habib University.” 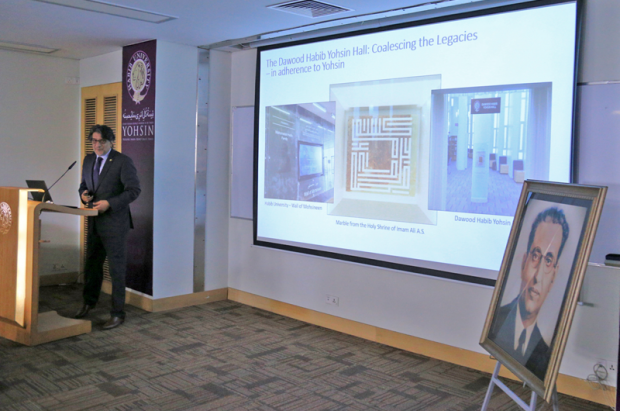 H.D. Habib, son of the late Dawood Habib gave an emotional tribute to his father, whom he recalled as a man of principles and integrity, who while being a busy businessman was a true family man taking time out to be with his 12 children. Mr. Habib recalled that his father was passionate about helping the downtrodden, especially orphans and widows, saying, “…to be a good human being, that was the most important thing.” He thanked the Mohammed Ali Habib family for undertaking an initiative such as the University, “Allah has given them so much and they are giving it back […] to the country.” 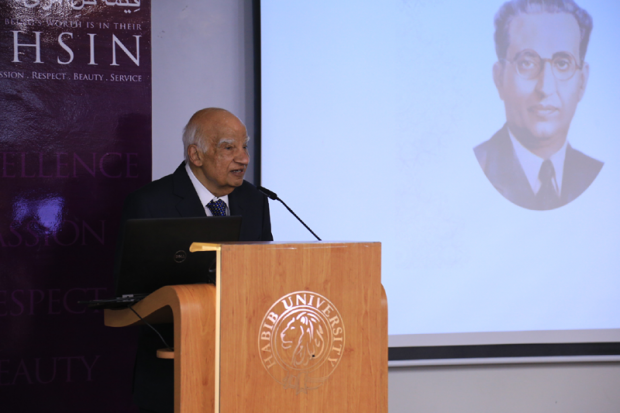 In his brief remarks, Chancellor, HU, Rafiq M. Habib, said, “I am honored and humbled … and I pray to God that I live up to the expectations and pray for guidance and help to not only take this institution but other institutions to greater heights,” before presenting a memento to Mr. H.D. Habib, Mr. Abbas D. Habib & Mr. Asghar D. Habib (sons of Dawood Habib) marking the occasion. 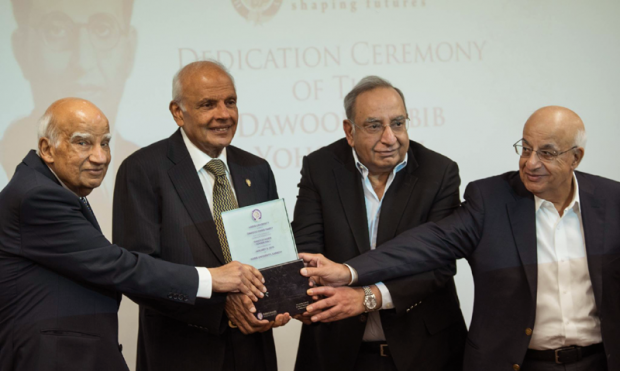 The unveiling of the Dawood Habib Yohsin Hall and the commemorative Wall associated with it was done by H.D. Habib, Abbas D. Habib, Asghar D. Habib along with their family members. The Yohsin Hall, with a capacity of nearly 100 students, derives its name from the Yohsin philosophy which is central to the University’s mission to cultivate in its students self-directed, lifelong learning. At Habib University, the Yohsin philosophy is represented through service, passion, excellence, beauty, and respect.

Each of these elements is enshrined in the Dawood Habib Yohsin Wall, the marble for which comes from the sanctuaries of Imam Ali and his son, Imam Hussain, in Najaf, Iraq and strengthens the bond between the University and the philosophy its place of origin represents. 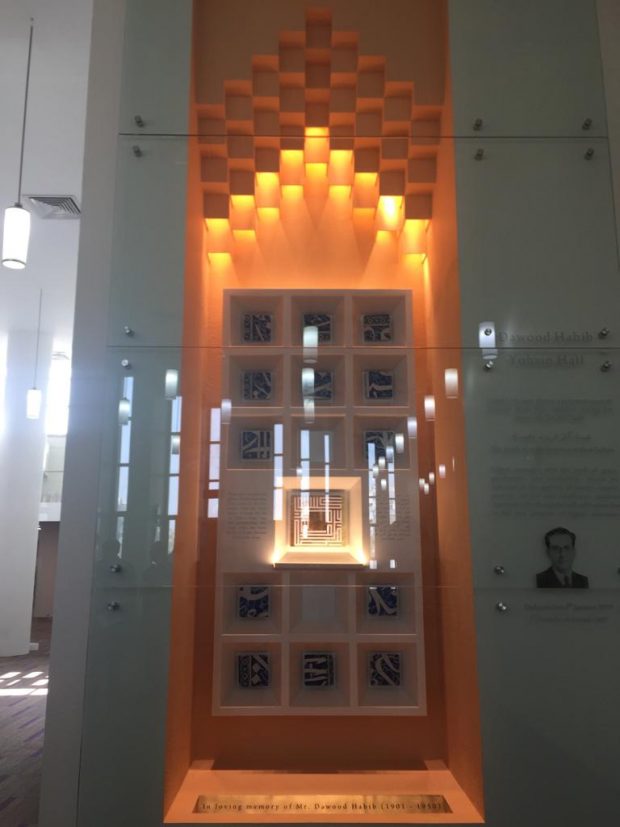