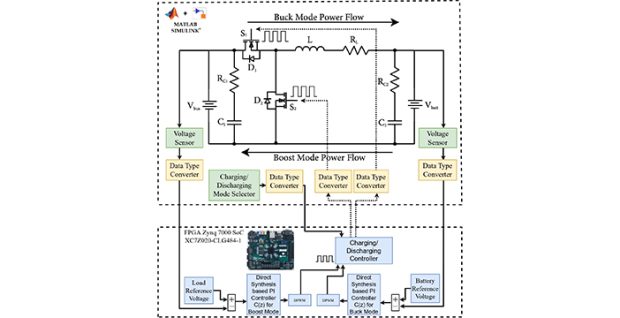 The results and analysis from the project were accepted at The IEEE 13th International Symposium on Power Electronics for Distributed Generation Systems (PEDG) Conference in Kiel, Germany. Additionally, the research in this project was recognized by the university as the “Best Undergraduate Research in Electrical Engineering” and honored by the Dhanani School of Science and Engineering (DSSE), which highlights the intense technical research work produced at the undergraduate level. 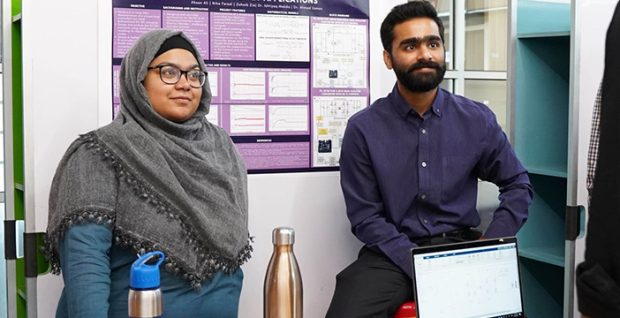 The success of this project is accredited to the extraordinarily supportive and intellectually engaging insights from our advisors which helped us orient and direct our project to execute substantially technical work, identified as novel enough to be accepted in one of the top-tier IEEE flagship conferences. Additionally, Habib University’s lab infrastructure and guidance from academic staff also played a key role in directing the Capstone projects to reach the threshold where they can produce academically credible research, recognizable by the international scientific community around the world. 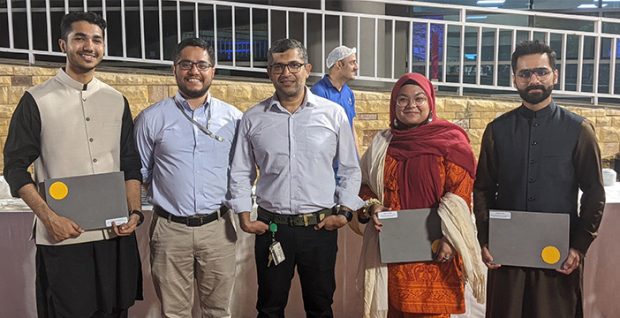 All this was only possible because of the cutting-edge Electrical Engineering program at Habib University which has provided us with the opportunity to be a part of one of the most structurally oriented technical degrees. Additionally, we had the opportunity to study a variety of courses from the humanities and social sciences as part of the Habib Liberal Core allowing us to broaden our perspectives and to dissect and analyze complex engineering problems through the lens of social, political, cultural and economic constraints and catalysts.

The program not only offers a wide range of specialization through substantial electives but also provides a framework of intensive lab-integrated research experience to allow students to explore outside the curriculum. This program concludes with the Capstone Design Project for its final year which is an independent project incorporating cumulative knowledge of the foundational, breadth, and elective courses to be exercised in designing a prototype solution to engineering problems under the supervision of highly competitive and skilled faculty and staff.

This article is written by: Ahsan Ali, Electrical Engineering, Class of 2022