Habib University held an awards ceremony on Tuesday, 30 April, 2019, for ‘Celebrating Excellence’ in the outstanding achievements of students throughout the academic year.

HU President, Mr. Wasif Rizvi commended the students and spoke about Habib’s journey over the past few years and how the aim of making the University a student-centric one is bearing fruit. Mr. Wasif Rizvi paid tribute to all the students who, through their academic excellence, have helped Habib University in its goal of becoming a world-class institute. 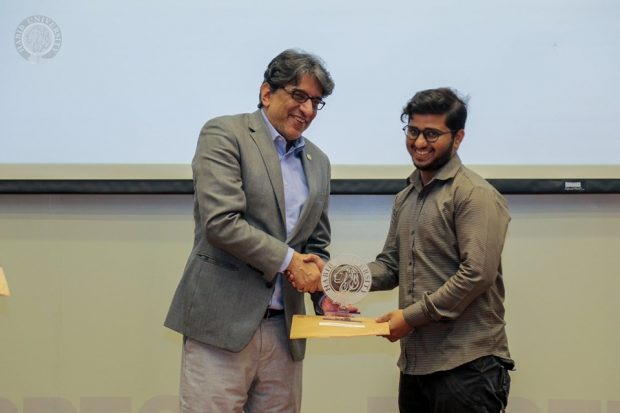 “I have met with students from around 80 universities worldwide. I feel that many students here at HU are phenomenally good and in many cases, superior to any student I have come across internationally,” he said.

Vice President Academic Affairs and Dean of Faculty, Dr. Christopher Taylor also spoke at the ceremony where he congratulated the students on their achievements. He told them that in order to recognize their endeavors; they should look behind at their long journey and see how much they have accomplished. 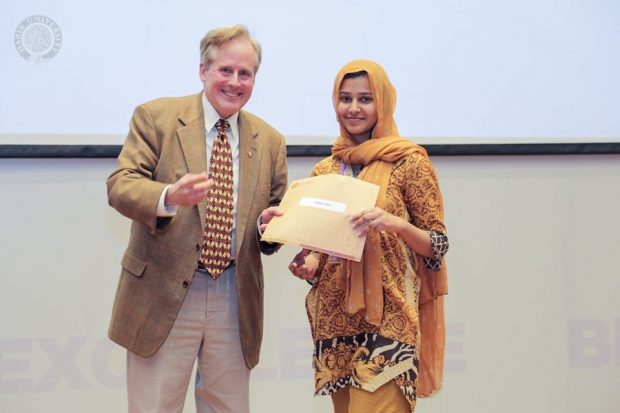 “You have stayed true to the philosophy of Yohsin and have shown excellence and passion in your hard work. Never forget to look back and see how far you have come,” Dr. Taylor said.

The Dean of Faculty also paid tribute to the Director and Head of Academic Operations, Yasmeen Bano and her staff for the effort they had put in to make the event possible. 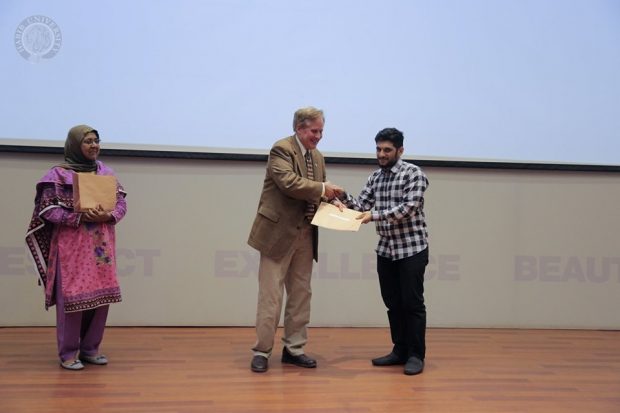 Dr. Taylor then accompanied Bano on stage to hand out award certificates to students from the Dhanani School of Science and Engineering (DSSE) in recognition of their making it to the Dean’s List. 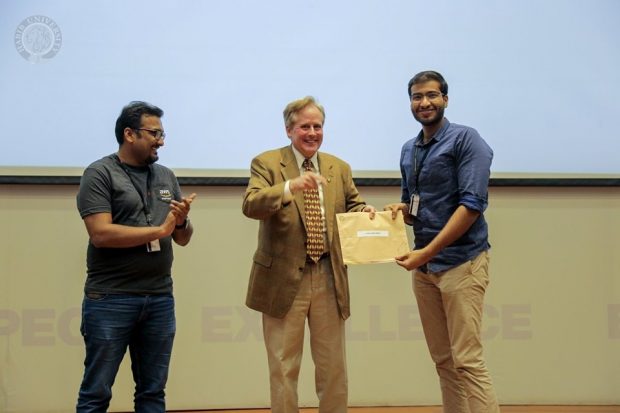 Next, Dr. Anzar Khaliq, Assistant Dean, DSSE joined Dr. Taylor to hand out certificates to students who made it to the Dean’s List from the School of Arts, Humanities and Social Sciences (AHSS). 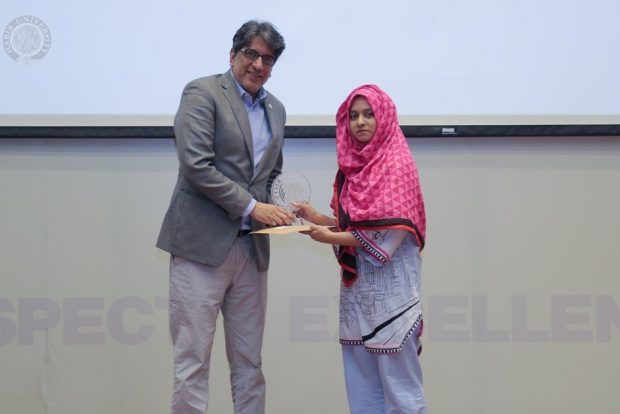 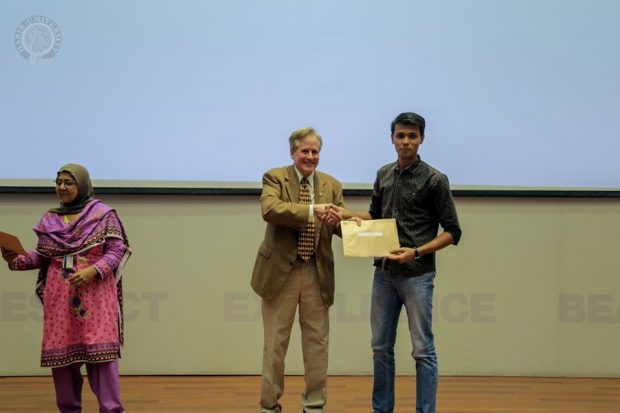 The final certificates handed out at the ceremony, by Dr. Taylor and Yasmeen Bano, were the Academic and Meta Curricular Endeavor Awards, given in recognition of achievements by students that went beyond their courses.