﻿ The Future of Iraq - Habib University

The Future of Iraq

In “The Future of Iraq”, Dr. Hassan Abbas will deliberate on the genesis and context of increasing instability in Iraq. Dr. Abbas will examine the geopolitical roots of the crisis to understand the parameters of expanding chaos in the Middle East as well as Saddam Hussein’s legacy and its ongoing impact on society. The prevailing ethnic and sectarian dynamics in Iraq have created a dysfunction. However, certain features of the new Iraq, such as the freedom to observe religious commemorations in Karbala, point towards how a successful Iraq can help defeat sectarianism and extremism.

The lecture will also discuss the lessons for South Asia from the turmoil in Iraq-Syria region.

Hassan Abbas is professor and chair of the Department of Regional and Analytical Studies at National Defense University in Washington, DC. He is also a senior adviser at the Asia Society. Previously, he served as the distinguished Quaid-i-Azam chair professor at Columbia University and a senior adviser at the Belfer Center for Science and International Affairs at the Kennedy School of Government, Harvard University. He holds a PhD from the Fletcher School of Law and Diplomacy, Tufts University, an LLM in International Law from the Nottingham University, UK, and MA in Political Science from Punjab University [hyperlink to www.pu.edu.pk], Pakistan. He regularly appears as an analyst on international media and writes pieces for various leading international newspapers and academic publications. His latest book, The Taliban Revival (Yale University Press, June 2014) chronicles the Taliban’s survival and resurgence after 2001, through firsthand research and interviews in the area. 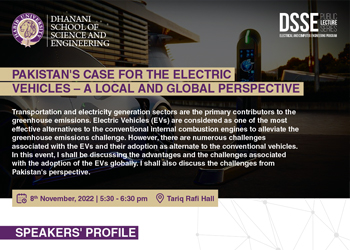 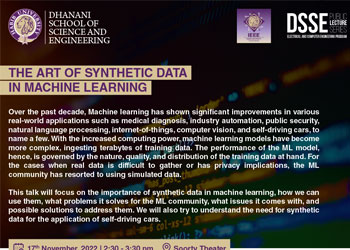 This talk will focus on the importance of synthetic data in machine learning, how we can use them, what problems it solves for the ML community, what issues it comes with, and possible solutions to address them. We will also try to understand the need for synthetic data for the application of self-driving cars.
More Info 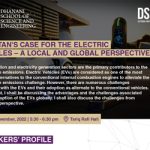 Pakistan's case for the Electric Vehicles – A local and global perspective 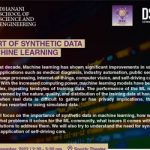 The Art of Synthetic Data in Machine Learning