﻿ The Effect of Repeated Measurements in Quantum Systems - Habib University 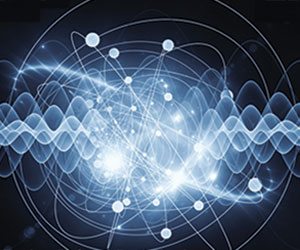 The Effect of Repeated Measurements in Quantum Systems

There is little doubt that Quantum Mechanics will reshape the face of the planet and humanity in the coming decades. As current hardware technology reaches its limit in exploiting Moore’s law, Quantum Computers are developing as the future of computation. But a real life Quantum Computer is far from replacing our current computers.

Dr. Adam Zaman Chaudhry is currently serving as an Assistant Professor at the Department of Physics, Syed Babar Ali School of Science and Engineering, Lahore University of Management Sciences. His research interests include Atomic, Molecular and Optical Physics, Theoretical Physics, and Quantum Physics. He completed his PhD from National University of Singapore (NUS) in 2013 under supervision of Gong Jiangbin. The title of his PhD thesis is “Understanding and Controlling Open Quantum Dynamics”. After completing his PhD, he was post-doctoral researcher at NUS until August 2014. He is an active researcher publishing his research regularly in the area of quantum physics and related fields in high quality impact factor journals, such as Physical Review A (impact factor 2.765), Journal of Physics B (impact factor 1.833), and Canadian Journal of Chemistry (impact factor 1.061).